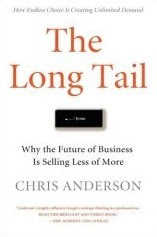 Oh, and one more thing: they'll have to find other ways to make a living. At least until they hit the viral big-time.
Posted by Curtis Wayne at 9:16 PM