Show me the iMoney 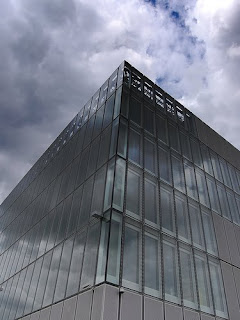 The 2008 LATV Festival, presented by National Association of Television Program Executives (NATPE) wrapped up last week, and the news was (surprise!) good for Old Media companies.

The Big 4 television studios and Big 6 (5? 4?) movie studios are feeling the pinch from online "new" media, such as Webisodes, podcasts, and videocasts. However, the reports of Old Media's demise were greatly exaggerated, according to Howard Hononoff, who heads the media advisory board at PricewaterhouseCoopers, at a panel covered by TV Week.

Despite growing advertiser skepticism about television's actual reach and effectiveness, TV advertising will grow about 5% per year, to $90 billion by 2012, claims Homonoff. It is difficult to know how many advertising dollars Web content is generating, because there is not yet any organization that accurately collects those figures, partially because Web advertising varies so widely. There are banner ads, referrals, pay-per-click, flat-fee, and CPM (cost per thousand) advertising on many Web shows, but no one has a good handle on how much money actually changes hands.

More concretely, though, Mr. Homonoff noted that Disney made less on all of it's iTunes Music Store downloads in eighteen months ($48 million) than “Desperate Housewives” alone generated on-air in a single season. Well, yeah. When you can sell 30-second spots for about $400,000, it is hard to compete.

For actors, this is a big deal. Literally.

Yes, while we can make movies in our backyards with $50 cameras and free software, the question is, can we monetize them? For most, the answer is "no." At best, our DIY efforts will serve as calling cards.

But to make a living as an actor, you still have to be where the money is. And, like it or not, the money is (still) in unionized productions. The money is still with the Old Media model, particularly television.

And, sad as I will be to leave my beloved Austin, that is why I am moving to L.A.
Posted by Curtis Wayne at 6:05 AM