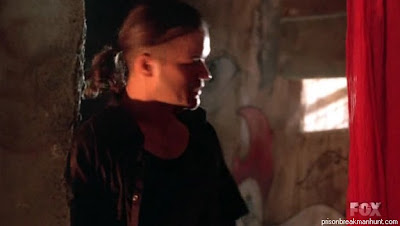 I finally cut my hair, after 13 years. But, despite urging from my wife, agent, acting coaches, and even casting directors, I stuck with my ponytail and "mean" head shot for years, because it gave me a unique competitive position- The Villain. Hollywood needs it's own unique position, now, too. Mid-budget films are dead-ends for major studios, regardless of star power.

Consolidation will change the movie industry, probably similar to how major label consolidation changed the music industry. I think that Hollywood will produce fewer films, and most all of them will be $100 million+ projects. Current estimates from industry sources are that it takes $15-30 million dollars in marketing and advertising expense to properly "open" a film in a wide number of theaters.

The argument is that, less than that, and you'll end up with a mediocre-performing film that does not get opening weekend "buzz", and ends up languishing, probably losing money, or not making enough to justify the risk and expense. Most films these days make 70-90% of their theater revenues in the first week or two, and most of that in the opening weekend, especially for "popcorn films".

So, in long-tail fashion, I think Hollywood will migrate more and more towards blockbusters, while indie producers make ultra-low, low, and medium-budget films. Stars will work for scale, lending their star power to quality scripts and vanity projects.

Hollywood will eventually figure out that even a 72-inch screen home theater doesn't compete with an actual theater experience (especially IMAX). Studios will make films for the BIG screen, because that is their real competitive advantage, possibly their only one. In the absence of such a film, here are ways other films and theaters are enticing people to come to the movies. They need to make it an event that we'll come out for.

That's my prediction, anyway. But as Bill Goldman said, "No one knows anything."
Posted by Curtis Wayne at 9:12 PM