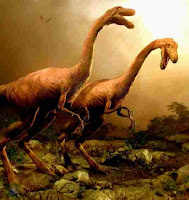 Do movies matter? Perhaps not, in the long run.

In an earlier post, I summarized some of the difficulties faced by filmmakers in the Long Tail Era. Musicians, the first caste of artists to be blind-sided by the economics of free, actually have it better than actors and filmmakers, in this regard. I know, 'cause I are one. We musos can actually sell not just CDs from the stage and stores, but also live concert tickets, the bread-and-butter of most acts, and of course, the ubiquitous T-shirt. Much harder to do with films.

But what if Hollywood blockbusters and millionaire movie stars were to be replaced with, say, piano-playing cats or skateboarding dogs, filmed on low-res camera phones by high schoolers? What if the next great art form is YouTube?

Paul Oskar Kristeller published an article in the Journal of the History of Ideas in 1952, explaining that other forms of "high art" had come and gone: opera, canvas painting, bas relief, book illustration, instrumental music, epic and sonnet poetry, gardening, tapestry, pottery, sculpture, and many more artistic mediums once considered the epitome of sophistication, and whose masters were wealthy artisans in their day, have all but disappeared, relegated to a small subset of the arts, or even "hobbies". Are movies next?

The money-machines of Hollywood studios are keeping a death-grip on their old business model, built on artificial scarcity, but it's too late- the horse has bolted. Just like the music, movies will be free in the near future, like it or not. The question is not if, but when? After that, the question is, "What is the T-shirt equivalent that filmmakers will sell, when they are not selling plastic discs (DVDs)?"

Or perhaps, like opera and other dinosaur arts, the Hollywood blockbuster's time has come and gone. I wonder what the next visual "high art form" will look like?


Please add your thoughts and comments on this blog!
Posted by Curtis Wayne at 1:04 AM

Well, this is all fascinating, however, how are you going to make people aware of your film in the first place, if the current studio system is not in place?

That's a great question, batman. And it's really at the heart of everything: without the PR machine of the big studios, how do movies get discovered? Honestly, I don't know. I'm just posing the question.

While it will be more difficult, small indie movies *do* get discovered.

Just like their musician cousins, indie filmmakers will find ways to get discovered. A lot of it will be word of mouth, which is how most of us probably discover indie arthouse filmsd, or straight-to-video titles.

This is the principal behind viral marketing, and it has helped YouTube shows like Pink the Series (www.pinktheseries.com) and "It's Always Sunny in Philadelphia" go on to get much bigger production and broadcast deals.

They may have to "4-wall" - rent a venue yourself and promote the viewing. An Austin-filmed indie comedy called "The Puffy Chair" used this technique to great effect in 2006-2007. Films like "Zen Noir" (http://www.zenmovie.com) managed to sell tens of thousands of units with no theatrical release at all, just like Metallica became one of the biggest-selling bands of the 1980s and 1990s with zero airplay, a feat that was considered impossible at the time, under the old major label studio/corporate radio model.

An interesting discussion around indie short-form video, promotion, and monetization can be found on this week's episode of This Week in Media, here: http://www.pixelcorps.tv/twim098 .

I would have bet that soap operas would be extinct by now, so I guess I don't have a great track record on this stuff... There is a cultural thing about branding that is weird and hard to comprehend about why a Tom Cruise franchise and Kentucky Fried Chicken are both more profitable than a healthy alternative. So with the breakdown of studio distribution, you still have, (in the present cultural context) a bottomless appetite for branded junk food and branded junk film. A shift in the cultural paradigm is required, along with a shift in the distribution model, before the dinosaurs die. What do people want out of a cinema experience?

Clearly, the want is for a shared experience itself. Why do social networks grow so quickly? Everyone wants to be a part of something. Audience response is always a good thing. Being able to say, "I was there when..." I didn't really know how funny my short film was until it screened in front of an audience.

I love your quote:
>>a Tom Cruise franchise and Kentucky Fried Chicken are both more profitable than a healthy alternative<<
Priceless! And oh so true.

>>social experience<<
Exactly right!!! I attended just such a "shared social experience" last night at the Alamo Drafthouse here in Austin. I'll post about it on Monday. To me, it represents one of the most important ways filmmakers can use to draw people to cinemas, if that is their desire.