You're in the Movies! (Sort of) 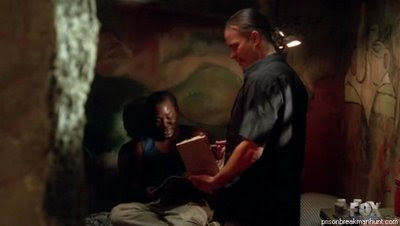 A new game called You're in the Movies was previewed at the 2008 E3 , which allows players to star in "movies" on the XBox console. The game has been dubbed "cheesy" by some hard-core gamers, but I was fascinated by one key aspect of it's technology: instant green screen.

Now, this is seriously cool stuff.

There are lots of existing software programs that enable even the weekend hobbyist to do their own green screen CGI effects. But, as this video tutorial demonstrates, there is a considerable PITA factor involved. One must set up a green (or blue, or red) backdrop, light the scene, shoot the scene, then transfer it onto a computer, then identify the chroma key color to drop out, acquire and select the static backdrop to replace it with, then render the "new" version. Oh, and you have to repeat some or all of the process every time your backdrop changes. And that's just for a static backdrop. If you want the backdrop to move (to be, say, a video of a street scene), that's a whole separate PITA.

What the game-heads who panned YITM did not take into account was just how quickly and easily green-screen technology is implemented, using the included Web-cam attached to the XBox. Sure, it's not perfect, but it's pretty damn good, all things considered.

Why is this important for filmmakers?

One of the cool things about video games is their interactivity. They allow players (the audience) to take an active part in shaping the story. YITM lets the players be the movie. A cheesy movie, sure. But that's still a big deal. And this is just Version 1. Check back in 3 years, and see how cheesy it looks then.

The game comes with pre-selected genres, scripts, and sequences of scenes. I anticipate that the game will eventually let players author their own movie, perhaps by selecting from hundreds or thousands of scene building-blocks (scriptwriters will be familiar with these plot-building blocks), or perhaps some clever software authoring (scripting) language that more technical users can write themselves, using the game's graphics engine to render the final output. Other sites on the Web do this already.

As major studios move away from character-driven films to focus on blockbusters like Iron Man, indie filmmakers, writers, and even computer coders will look for new ways to make their own low-budget action fare.

The new breed of low-budget filmmaker is here. And it's you!

It’s great to see acknowledgement of the instant green screen! Segmenting an actor from a shadowed natural background using a web camera is no easy feat. Do you think weekend CGI hobbyists would favour this technology? This could be extended to filming outdoors…