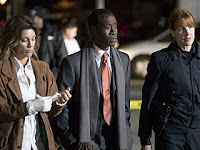 I pitched Rob some of my own TV and film ideas, and he liked them. Hopefully we can discuss them more when I'm in L.A. In the meantime, I'm going to try and connect him with my friend Mike Alvarez, who might have an animation co-production deal that Rob would like.
Posted by Curtis Wayne at 9:00 PM No comments: 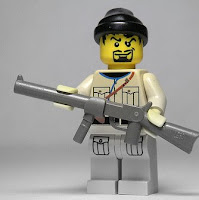 So be quick, be creative, be nimble. Let's go make some movies.
Posted by Curtis Wayne at 11:36 AM No comments:

Be informed! Be very informed!! Bwahahahahaha! 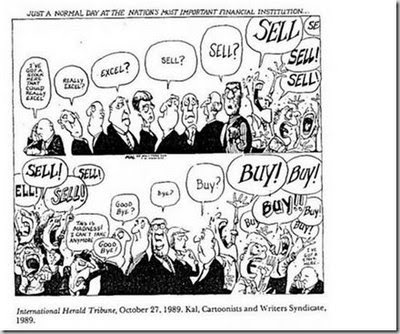 If you are as confused about this whole financial crisis as I am, you will really enjoy NPR's excellent Planet Money podcast, which breaks it down into layman's terms, and delivers timely news on a daily basis.

I highly recommend that you start with two most enlightening 'casts from Ira Glass' This American Life series:
They are about 45 minutes each, and are well worth your time.

New blog! I started a new blog to chronicle the current eco-storm for my daughter.

I'm not sure how this will affect the film markets, but let's hope cinemas give us a "hardship discount" on those $8.00 tubs of popcorn.
Posted by Curtis Wayne at 9:53 PM No comments:

I am pleased as punch to be working with Kat Candler on her new short film, Ninja James and the Beast Man. I guess that I'll be playing, uh... Ninja James? I'm not sure, because my script said "Mr. Smith." But it's all good.

As always, Kat has assembled a great team of people around her, and not just the actors. I look forward to working with all of Alicia, Leslie, Scott, and the whole cast and crew. Especially Sam, the young lead actor, to whom I will be arranging the marriage of my two-year old daughter soon. Too cute!

Posted by Curtis Wayne at 7:40 PM No comments: