Love this clip from my friend Sonny, who was one of the thugs menacing my character in Kat Candler's Ninja James and the Beast Boy shoot. Funny stuff!

Posted by Curtis Wayne at 4:55 PM No comments: 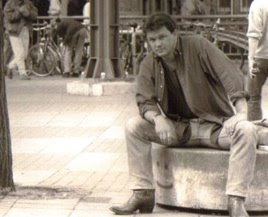 Just posted a fresh episode of my Texas Film Scene podcast. This week, I interview produced writer/producer/actor/director/teacher Ben Taylor. I've known Ben for about four years, taken his classes, and only just this weekend learned about his storied and accomplished career. Good stories and good advice from a Hollywood veteran.

Subscribe to the podcast on iTunes, or directly from Libsyn.

This guy is living my dream job, back from when I was 12, tracing John Byrne's Wolverine out of the X-Men series, and he's right here in Austin. I am soooo jealous! How cool is this job?!?!

Posted by Curtis Wayne at 12:00 PM No comments:

My new podcast is up!

Yea!! My new Texas Film Scene podcast is up on iTunes, though it might not be searchable via the iTunes store until January 17, 2009.
In the meantime, if you have iTunes, you can get to it directly from this URL.  If you don't have iTunes, you can find it here.
Please download it and review it on iTunes.  Got suggestions for someone you would like interviewed?  Let me know.  I would love to hear your feedback!

Posted by Curtis Wayne at 12:55 PM No comments: 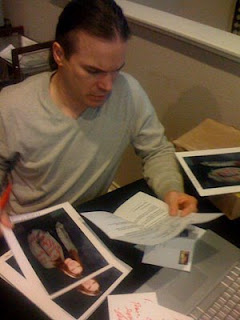