I have thrown open the doors, ready or not, to the Texas Film Scene social network.  In 24 hours, almost 30 members have joined, formed two sub-groups within the network, and are adding content and traffic like crazy.
It's free to join, and there are tons of good tools for networking and publicizing your own events and work.  Plus, it will be a great place to meet other filmmakers without all the "noise" of Facebook or MySpace.
Pop over and see what you think!
Posted by Curtis Wayne at 10:13 AM No comments:

Take me to your NEW podcast, Earthling! 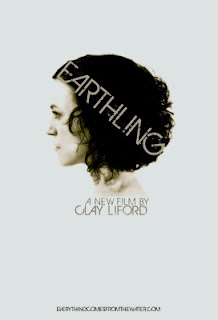 Clay's got two entries in SXSW, so check out the podcast, then check out his films.

Mother of all music mashups

Every once in a while (or in my case, every few minutes) an artist does something that makes me feel both insanely jealous and hopelessly inadequate.

When I were a wee lad, there were these devices called "samplers." They recorded short (usually 1-2 seconds) recordings of sound, which could then be assembled into songs. Beck uses them to death, and Primitive Radio Gods (actually just one guy) made his living, and his one-hit wonder album, from samples.

Samplers came about because rap artists began manually "sampling" bits of songs in their acts, by spinning turntables to replay a short groove over and over, or to add a horn blast, or other riff, at just the right time during their song. Other artists decided this would be cool, too, but they weren't as skilled at turntable manipulation. Besides, that was limiting, and digitally recording the sample allowed more possibilities. You could sample the song, then play it back via a keyboard! Sampling keyboards like the venerable Korg M1 were staples in most of the recording studios I haunted, back in the day.

But now, Kutiman has taken this art to a who-nutter-lellel. Damn.

Posted by Curtis Wayne at 10:01 PM No comments:


quick intro to boxee from boxee on Vimeo

I have long been searching for an all-in-one media center for my Mac-based home setup. Windows users have some pretty good pre-packaged options with the Windows Media Center Server, but not for Macs.  AppleTV is sorta-kinda a media center, but still not in the way I would like. You are limited to content already on your computer, and stuff available from iTunes or YouTube.   Sorry, but I want it all.
Enter Boxee.  I have not yet installed it, but Boxee appears to allow surfing from your computer OR television to any content available on the Web, and/or on your computer.
The demo above looks impressive.  I'll let you know if it lives up to the hype.

Posted by Curtis Wayne at 5:37 AM No comments: 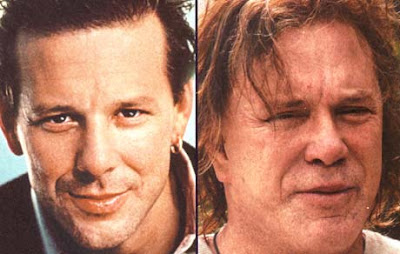 I just don't know quite what to say about this. Enjoy.

TV news report about The Vern.


Posted by Curtis Wayne at 8:17 AM No comments:

One of our Texas Film Scene podcast listeners wrote in some questions, so I thought I would post the answers here on the blog, in case the answers might help others.

When discussing sales on Amazon I heard you mention "onsies" and "twosies" (if that spelling is even remotely correct) What is that?

During my discussion with writer/actor/producer Ben Taylor in TFS episode 2, I referenced the success of Amazon's "long tail" sales model. The term long tail is a reference to Chris Anderson's book.

Amazon sells a lot of stuff, but not all of it is best-sellers. In fact, about 20% of Amazon's sales comes from selling very small quantities- one or two items. Retailers like Wal-mart or Target can't do this, because retail space is EXPENSIVE, and the shelf space an item takes up is part of that retail space. So Blockbuster, for example, has to make enough margin, and sell enough quantities of each item for it to pay for it's shelf space, and make a profit for the retailer. It cannot afford to sell one-sies and two-sies. It needs best-sellers.

Amazon does not have to worry about shelf-space. It has invested in it's infrastructure, which is like a filmmaker buying his own camera: what your CPA calls a capital expenditure. Sure, it's expensive, but once purchased, you can spread that cost out (amortize) over several movie projects, for years to come. Amazon then uses that infrastructure to serve as a middleman between makers of stuff and buyers of stuff. They partner with FedEx, UPS, the US Postal Service, and manufacturers to take the order, deliver the order to the manufacturer, and let the manufacture ship direct to the consumer. How do I know this? Because I am an Amazon supplier, too! I have had my music CDs on Amazon (and CDBaby, and iTunes) for years.

What does that mean for you filmmakers, actors, and writers? Good question! Check these blog posts for further discussion.

Also I heard Ben mention you wrtiting "Chubic notes" (again, I hove no idea how to spell that) and I've never heard of that before either. Is it a study method or something like that?

Yes, it is a study method (sorta) originated by Ivanna Chubbock, by way of Roy London, by way of Uta Hagen, by way of Stanislavsky, with a detour through cognitive psychology. I studied it with Bentley Mitchum, one of Ivanna's prize pupils, who taught the class in L.A., before moving to Texas.

Students of these methods tend to do a lot script breakdown work in isolation, prior to a scene. The technique emphasizes individual motivations over a group choreography, which is the tradition of the stage, and of several film actors. In other words, actors using this technique don't much care what the other actor plans to do; they have their own motivation, and will adjust their behavior according to their scene partner(s) responses. It's a good technique for film, since the camera is usually trained on just one or two actors at a time, not a whole stage/set with an ensemble of actors.

I have not taken the class, but I understand that Austin actress Katherine Willis and actor Peter Blackwell teach a Roy London-style class here in Austin (Peter studied with Roy). Chubbock's book details her technique.

Steve, thanks very much for the questions, and I hope the answers helped. Please stop by iTunes and leave some feedback on the podcast, if you don't mind.

If anyone else has questions, comments, or suggestions, shoot me an email, and I'll respond. Thanks for listening to the Texas Film Scene podcast! Let me know who you would like interviewed, and leave me feedback or constructive critiques at iTunes.

Posted by Curtis Wayne at 8:48 AM No comments:

This video (best viewed on Crackle), is off the chain. Following (very damn closely) in the footsteps of Dallas' own Pink the Series, the latest venture by Fort Worth-born Paul Etheredge. Both are a nod to Luc Besson's classic La Femme Nikita. And don't even get me started about Kill Bill.

Low-budget indie Webisode makers, pay attention: the bar has just been raised. Like, to the moon.

Thanks to Blake Calhoun for this item.

Posted by Curtis Wayne at 8:21 AM No comments:

I recorded a great Texas Film Scene interview last night with accomplished Houston actor Davi Jay, but we had to shelve it for now, because the Department of Homeland Security deemed it a threat to our national sovereignty.*
But rest assured, this excellent interview will be posted at a future date, hopefully as Davi's star is rocketing even higher.  He's a wonderful actor, and had tremendous stories and insight for actors everywhere, particularly those living outside of the Hollywood system.  Look for him soon on a major project.
I'll have another TFS episode recorded and posted next week for your pleasure.  Stay tuned...
*Um, no.  Not really.

Posted by Curtis Wayne at 6:28 AM No comments: 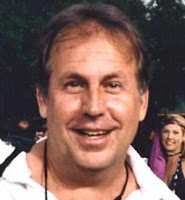 Posted by Curtis Wayne at 9:45 PM No comments: 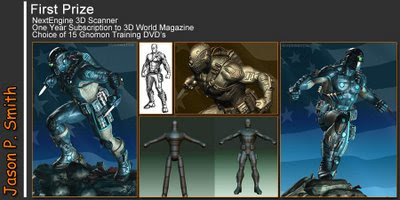 Posted by Curtis Wayne at 5:56 AM No comments: