No surprise, the lobby industry for Hollywood published an "impact report" that says show business is good for the economy.

In fact, it says the average salary for "core production staff" (whatever that means) is almost $75,000, over 20% higher than the national average for other jobs. It also points out all the tax money the industry brings to the coffers of state governments.

I certainly don't think the movie industry is bad for any state's economy, and it definitely helps put food on the table of people who work in that industry. But the numbers in this report appear skewed:

Most people (including most actors) involved in the making of any movie, even $20 million-plus films, make nowhere near $75,000. They are paid a decent, but not exorbitant daily rate. For example, most extras on a film set (who arguably have the worst job on set), are paid around $75 for a 12-14 hour day. In non-union states (like Texas), that might be as low as $50 per day.

The "average" salary is highly inflated, both by the grossly large salaries of a few key stars, and a few key studio executives, while those on the front lines do OK during the three months of a shoot, but then are left wondering when and where their next job will come.

Some argue that this is the reason why we need greater union participation. Others argue that stronger unions will only serve to drive up production costs, and make filmmaking a more risky and less profitable business.

My take is that the MPAA is talking out of both sides of its mouth. When it serves the industry, the MPAA will talk about how much money it loses to piracy, star actor profit participation, union demands, and state taxes. But on the other hand, this report touts how much money the industry makes and generates for it's workers and host states.

Any veteran of the music industry will instantly recognize this sort of rhetoric- the same type of stuff the Recording Industry Association of America (RIAA) spouts. It serves to remind us that Hollywood is big business, no different than Enron or AIG. And we all know how great those companies were for the economy.

Look, movies are business, period. If you make movies to make money, learn the game. As with most industries stiffled by large oligopolies, it helps to look at what innovators like Blake Calhoun and Mike Maden, Robert Rodriguez, Trent Haaga, and others are doing. Just make your own damn movie.
Posted by Curtis Wayne at 7:42 AM No comments:

Great post on taking better photos from Stu Maschowitz over at Prolost. Read it from the home page RSS feed at Texas Film Scene.
Posted by Curtis Wayne at 11:14 AM No comments:

Tough times for A-listers.  Scarlett Johansson was recently tapped to replace Emily Blunt as the leading lady in Iron Man 2.  Marvel Studios' initial offer to the young superstar?  A measley $250,000, reports Kim Masters of KCRW's The Business, in her Daily Beast column.
Now, a quater million dollars for an acting gig would cause most of us, even most "working" actors, to wet their pants with glee.  But to an A-lister like Johansson, the offer must have hurt;  at least her pride, not to mention her pocketbook.  After all, Malibu mansions don't come cheap these days!
What does that mean to indie filmmakers?  It means even in elite Hollywood circles, budgets are key.  The more you can do with less, the better off you'll be.  Sounds like a perfect reason to make your own damn movie!
Posted by Curtis Wayne at 11:06 AM No comments: 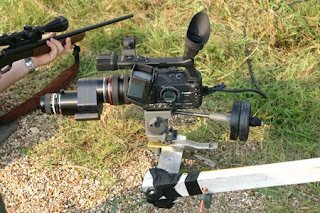 Posted by Curtis Wayne at 9:07 PM No comments:

Nothing new under the sun 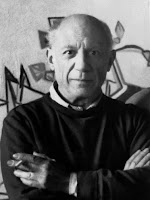 This great article called The Ecstasy of Influence: A plagarism in Harper's Magazine explores the question of plagarism in art- any art- and whether it really is such a black and white issue.

Fascinating stuff. Plagarism, thinly cloaked as "research," occurs all the time in both academic and pop-literature. In academia, we call it "standing on the shoulders of giants;" in popular publishing, we call it "stealing." Did black blues musicians rip off negro spirituals and Irish folk music? Did Elvis rip-off black blues musicians? Did the Beatles rip off Elvis? I'm sure you can think of about 1,000 movie equivalents here.

Does any of this matter? You be the judge.
Posted by Curtis Wayne at 12:10 AM No comments: 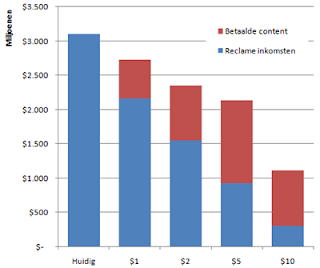 Graphic by Recruitment Matters
"Without money, there is no art."

Actually, it depends on how you look at it. There is lots of art that was made for free, or for very little money actually derived from, or earmarked for, the art itself. This is where our infamous day job comes in. But actually making art full-time? Yeah, that takes money. It takes making money from your art. It requires monetizing your art.

Or at least that's been the traditional thinking. Certainly, if you ask big record labels or movie studios who are in the business of selling little plastic discs, they'll tell you it does.

But Chris Anderson speculated, and I believe he's correct, that anything that is digital will be free. In that case, how does an artist survive? He (or she) survives by monetizing something, but not necessarily their art.

This same debate has been raging in the publishing world for a couple of years, and particularly in the newspaper industry. Now, the numbers are finally in, and they do not point to paid content as the way to right Big Newspapers' sinking ship.

Somewhere in here, there are lessons for filmmakers, since, as we know, our content can and will be free, in some cases, by design.
Posted by Curtis Wayne at 10:07 PM No comments: